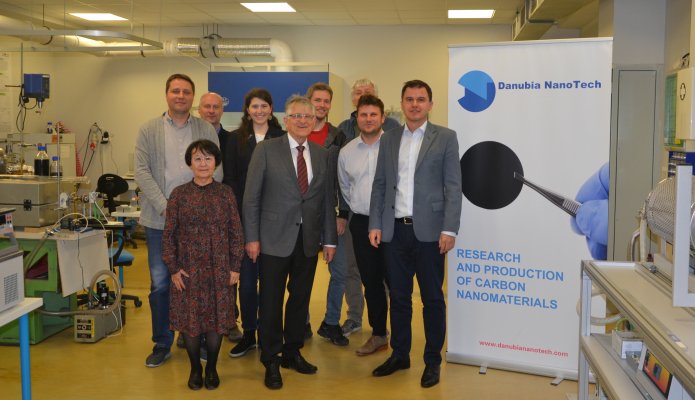 He also delivered two speeches: one to the scientists and professionals at the Slovak Science Academy and the second to the general public.

Today, Klaus von Klitzing is active at the Max Planck Institute in Stuttgart where Viera Skakalova, head of Danubia’s R&D, was part of Klitzing’s team when she worked at the Institute. 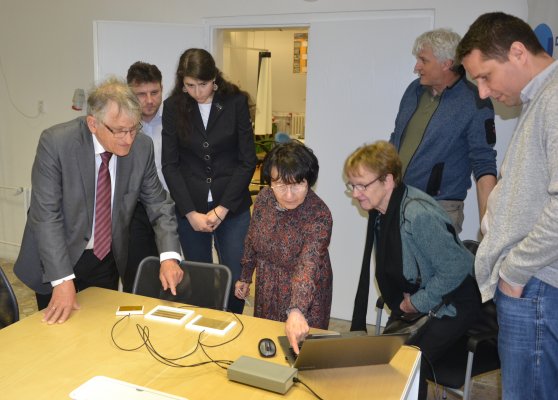 Klaus von Klitzing is a German physicist, known for discovery of the integer quantum Hall effect, for which he was awarded the 1985 Nobel Prize in Physics. The von Klitzing’s constant is named in his discovery of this effect and is listed in the National Institute of Standards and Technology Reference on Constants, Units, and Uncertainty. The inverse of the constant is equal to half the value of the conductance quantum.